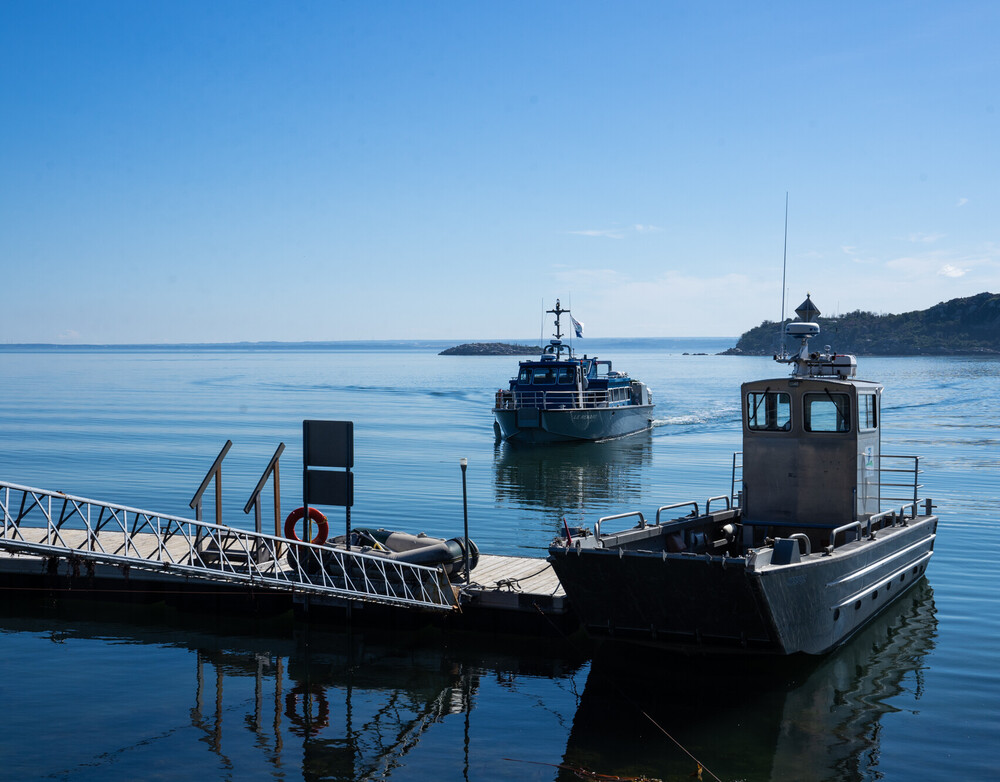 It's through the efforts of passionate workers that the natural beauty, like that on Île aux Lièvres, can now be enjoyed by friends, families or couples who visit the islands for a few hours or days.

For over 40 years, biologist Jean Bédard has overseen the activities of Société Duvetnor, a nonprofit organization. Its history is fascinating in and of itself. Since its creation in 1979 by a small group of biologists, this organization that is dedicated to preserving the islands of the St. Lawrence River has financed its activities by allowing visitors to spend time on the islands, but also by harvesting and selling a precious resource: the down of eiders, which are wild ducks that nest by the thousands in the estuary.

Jean Bédard explains that, since the 1950s, the gleaning of this rare material, used to make high-quality quilts, was practised on all the islands, but often under conditions that had little respect for the birds or their habitat. Obtaining an exclusive harvesting licence has permitted Duvetnor to regulate the practice. Eiderdown gatherers follow a strict protocol, intended to cause minimum disruption to the nesting process, and collect the down by hand each spring. This activity has also provided Duvetnor with financial leverage that has enabled it to purchase, since 1984, several of the islands in the estuary, for which the organization has adopted a triple mission: protect them, study them and raise public awareness about them. The ducks are therefore the first to support, unwittingly, the preservation of their habitat!

Over the years, Duvetnor has acquired considerable credibility, both with governments and with scientists and environmentalists. It also has a solid reputation as an ecotourism enterprise, having developed over the years an original offering that allows nature lovers to discover, in small groups, the estuary's natural and cultural wealth. This success is in large part due to the personality and relentless work of Jean Bédard who, at age 82, continues to run the organization with ambition and pragmatism. 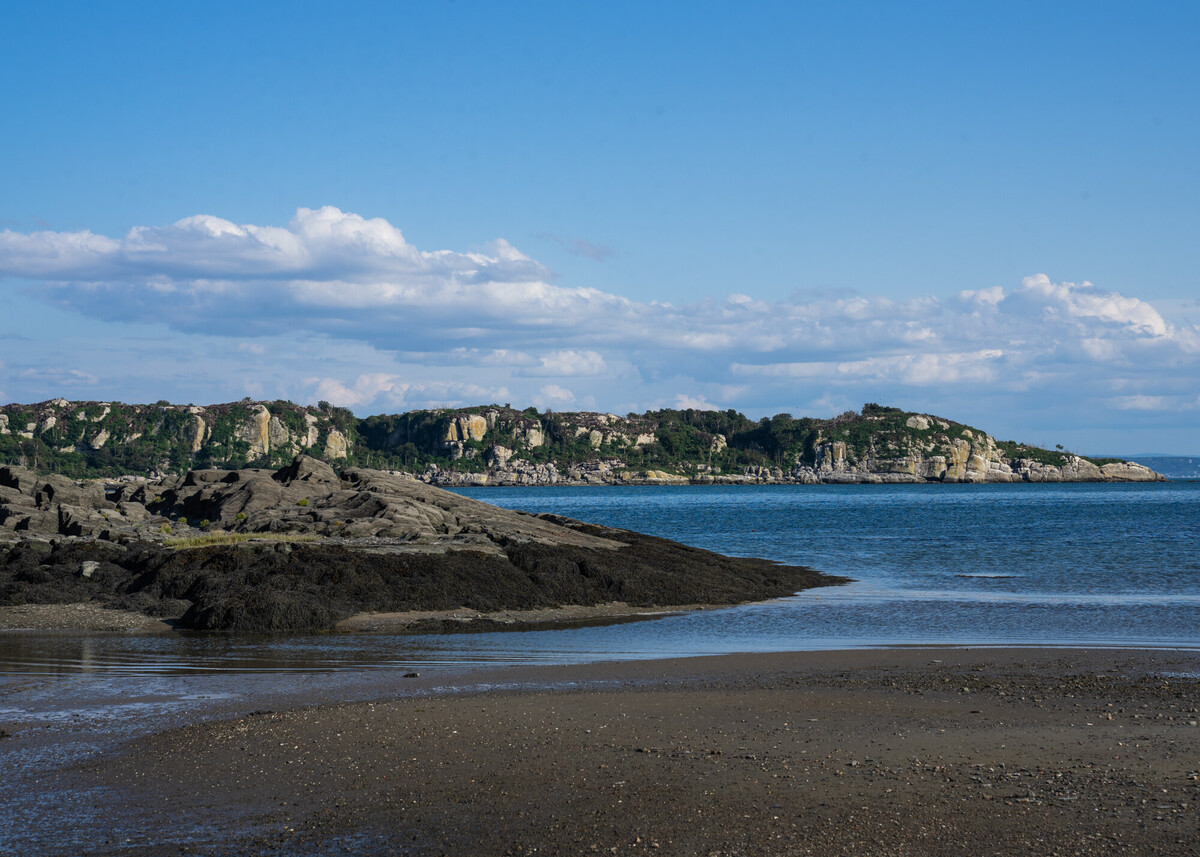 A researcher specializing in seabirds and a long-time environmentalist, Bédard discovered he has an activist streak in him when he directly participated in the citizens' opposition movement against the hydroelectric development on Rivière Jacques-Cartier, in 1972 and 1973, at a time when Hydro-Québec executives were not used to having their operating plans contested, even in a national park.

“They held a lot of sway, and went wherever they wanted,” remembers the biologist. They'd turn up with a 4 to 5 page environmental impact assessment, and start in. They'd start mixing the cement, and the project would be under way!” Jean Bédard admits to feeling proud to have helped, through that struggle, to hold back Hydro. And he thinks that by purchasing the islands in the early 1980s, Duvetnor was able to prevent similar economic “development” abuses from happening. At the time, there was talk of authorizing hunting on Île aux Lièvres and of building a landing runway … “We arrived in the nick of time,” he says.

While some in the region still hold a grudge against him for having restricted access to the islands, the visitors who travel by boat each summer with Duvetnor to visit the islands are wonderstruck to discover a magnificent natural setting that has been painstakingly preserved. The organization's role goes beyond that of being the warden of this pristine natural setting; the organization also takes specific environmental actions on the islands. These actions can sometimes be to protect the area from a threat, even a natural one, such as the invasion of certain zones by cormorants, even if it means reducing the population. This was an initiative for which Bédard received some criticism in the early 1990s. And, of course, the decision to introduce ecotourism also involves the development of minimal facilities. Duvetnor's work is basically like that of a gardener: it protects, cares for and develops the natural setting, working hard to preserve the estuary's fragile balance. 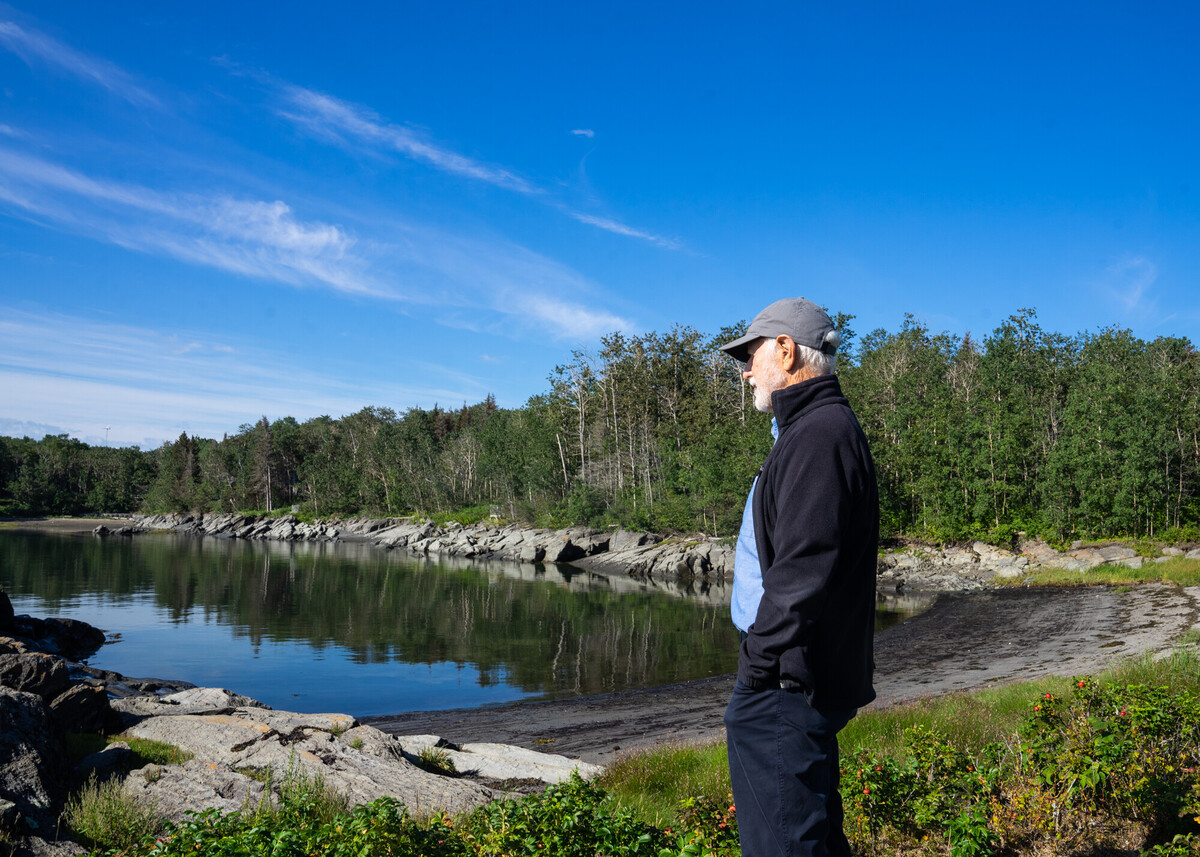 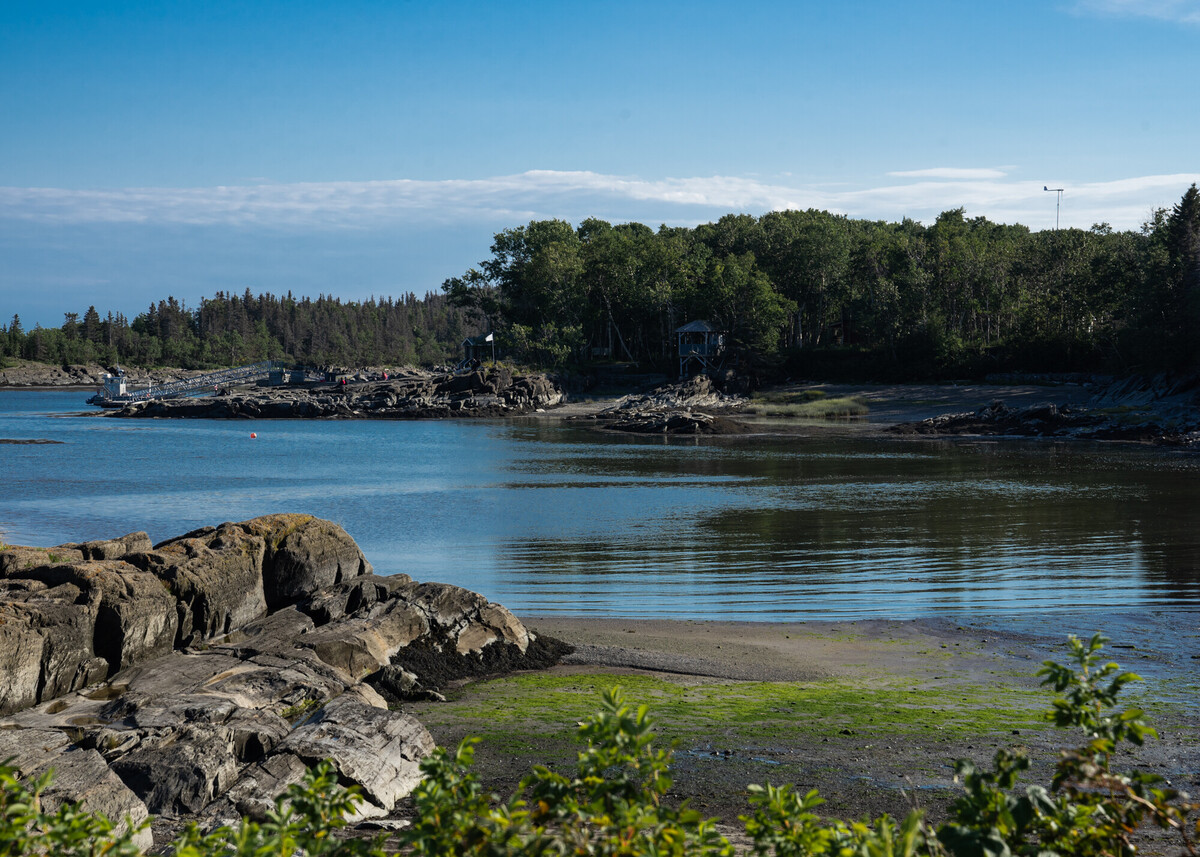 Lodging is available only on two of the islands: on Pot island, where Duvetnor has magnificently restored the lighthouse built in 1862 and converted it into an original inn, and on Île aux Lièvres, where visitors can stay in a cottage or small inn, or camp at one of the designated sites. On Île aux Lièvres, some 45 kilometres of hiking trails allow you to explore surprisingly varied pristine landscapes, where you'll feel like a guest in the habitat of the many birds and small mammals living there: cormorants, ducks, grouse, herons, voles, hares. However, humans have been visiting the island for a very long time as evidenced by a relic discovered by accident on a trail in the summer of 2019 (by a six-year-old girl!) : a quartzite arrowhead, dating back between 3,500 and 5,000 years! The island was also developed by the logging industry in the 19th and 20th centuries; some people were even born on the island, according to Jean Bédard, who is equally passionate about the estuary's history and its ecosystems, and who still dreams of one day writing a book about it. 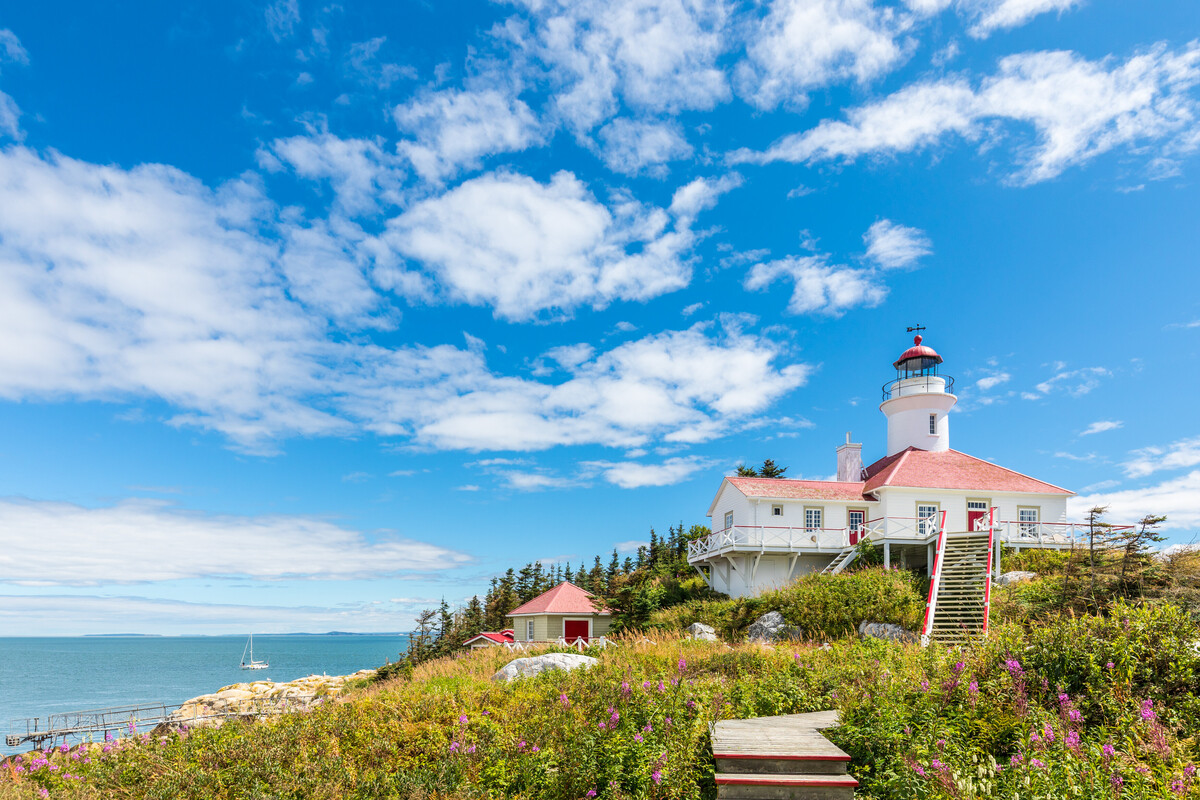 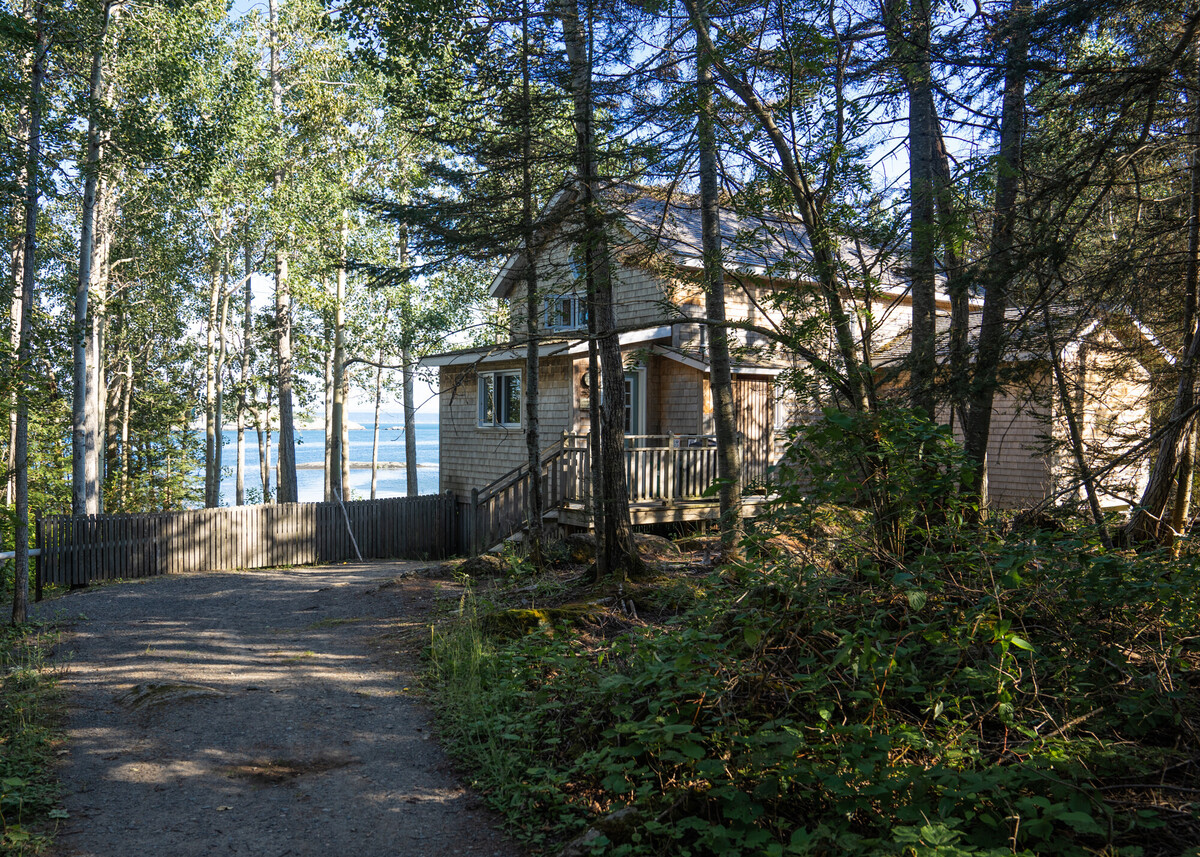 For now, Bédard's acquired historical knowledge is used by Duvetnor's guides on the boats to provide visitors with fascinating explanations. Visitors, who board one of the boats for a stay on the island or for one of the cruises offered by the organization, discover a wealth of information about human activity on the islands, the bygone days of lighthouses and their keepers, the use of the St. Lawrence River as a bootlegging route during the prohibition era and the pursuit of smugglers by the police around the Îles du Pot-à-L'Eau-de-Vie islands. The cruises are a nature, sensory and cultural experience. You'll gaze in wide-eyed amazement at the grey seals, rorquals (fin whales) and hundreds of seabirds, the stark and wild cliffs of the Pèlerins islands and the estuary's many lighthouses, restored or not; your nostrils will tingle with the salty air; and your head will be abuzz with information and questions about this majestic river that prior to your visit, you thought you knew well. 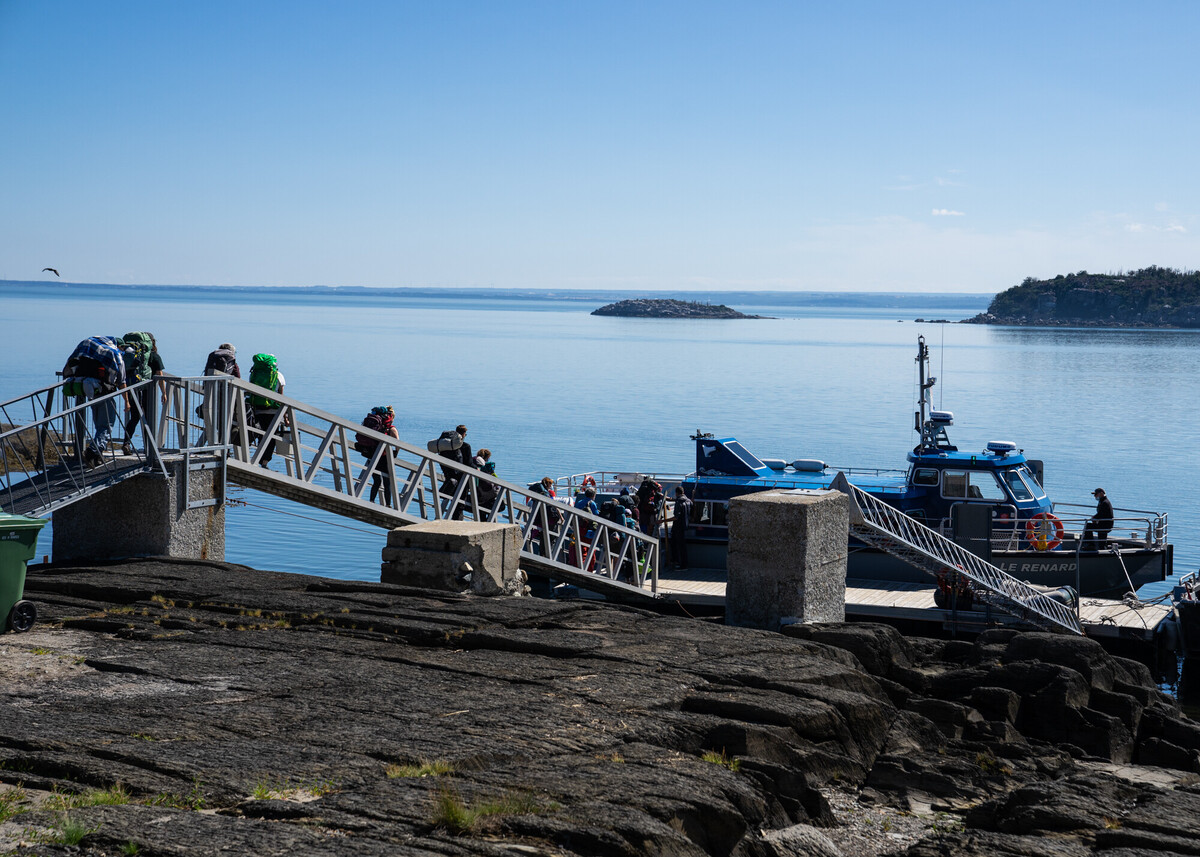 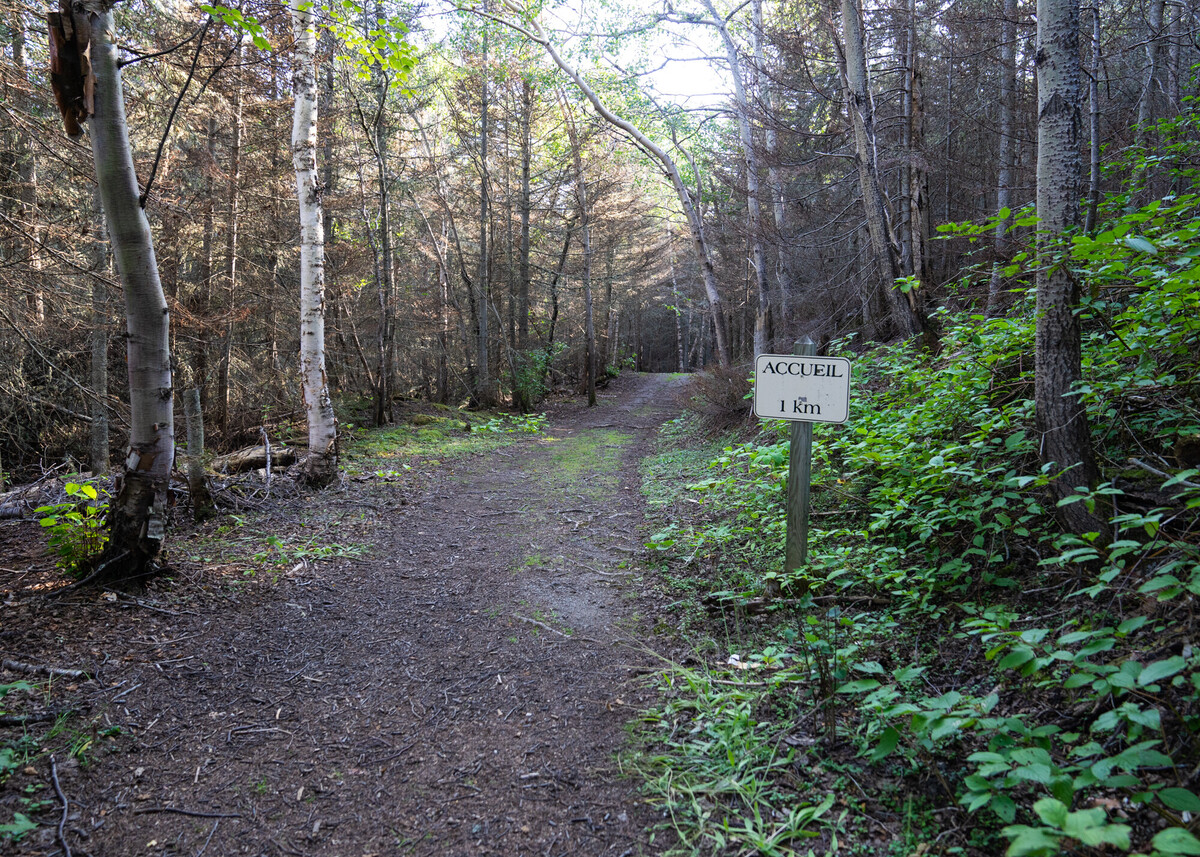 If there's one thing that Jean Bédard bemoans, it's that people have gotten into the habit of discovering the river in snapshots:

And yet, it's always the same immense living museum: the St. Lawrence Estuary.

The next project for Duvetnor's president, who is never idle, is to organize five- and sixday stays on one of the two islands, including conferences by specialists, exploration hikes and interpretive cruises of the islands, the surrounding areas and the Charlevoix coastline, which is especially stunning when seen from the water. To experience, for a few days, the area that bridges the north and south shores. 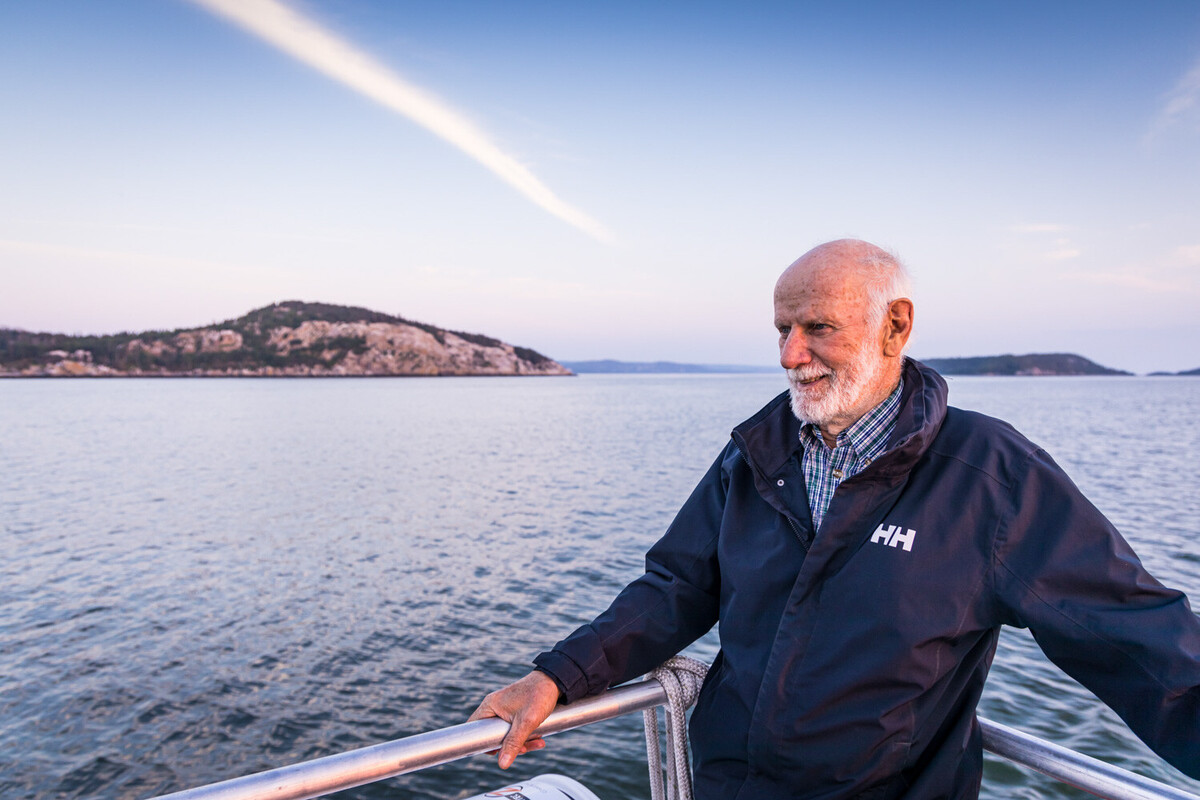 La Baleine Endiablée - A meeting spot where all are welcome

Going for a snowmobile ride : your checklist for an amazing journey!