La Baleine Endiablée - A meeting spot where all are welcome 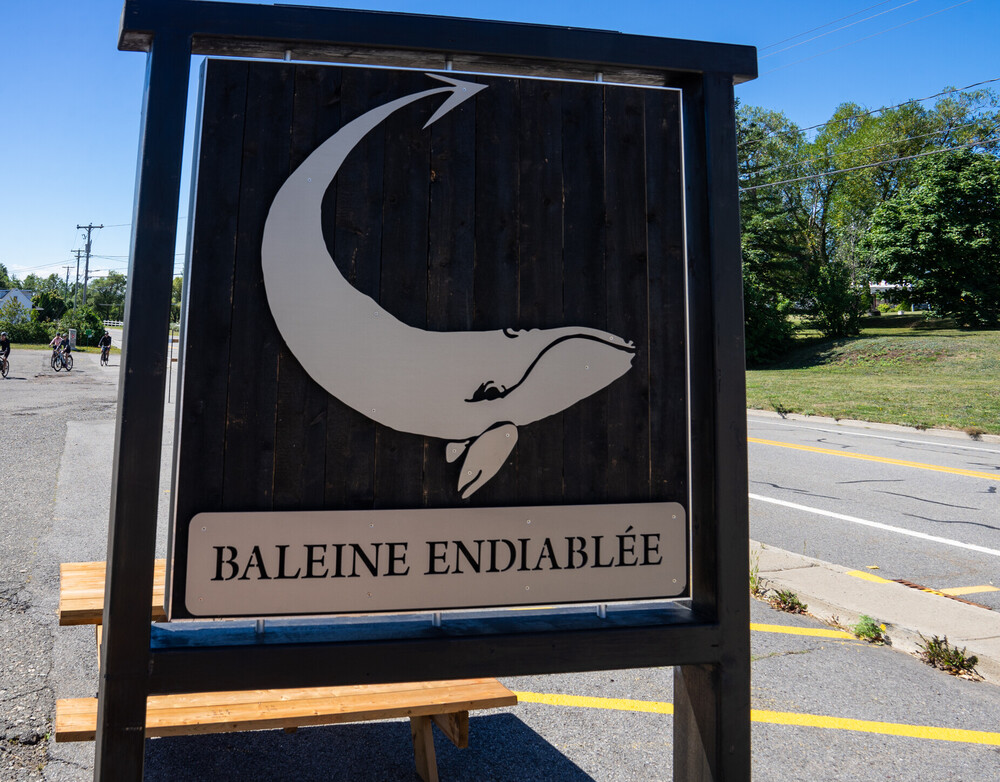 The inn's success is immediately apparent when you pass in front of it. Well located in Rivière-‑Ouelle on Route 132, just a few feet from the Route du Quai that leads to the river, this friendly inn has become a favourite stopover for many bikers and motorcyclists who spend long days on the roads in the region. You'll also find many climbers at the inn who have long been drawn to the rock faces of the monadnocks (locally known as “cabourons”), which are geological rock formations common to Kamouraska. On top of the camaraderie, the site also affords a view of the Bas-‑Saint-‑Laurent farmlands and hosts outdoor performances in the summertime.

A lot of history has happened between the walls of the building, which for a long time was a senior citizens' home. When you walk through the corridors leading to the bedrooms, you can still see traces of the previous vocation, right up to the rocking chairs at the entrance and support bars in the bathrooms. “I always wanted to be upfront about the lodging we're offering,” says co-‑owner Sylvain Tremblay. “We left nearly all the installations as they were. The mayor of Rivière-‑Ouelle told me that his mother had been happy here, so this is a place that gives off a sense of tranquillity and peace, and we're fortunate to be able to live here. Some people say, ‘You should remove the handrails; it'll look more like a hotel.' But there's no reason to hide the fact that it used to be a senior citizens' home.”

The owners hope to fill a need for affordable lodging in the region. The wager seems to be paying off. During its second summer season in 2020, La Baleine endiablée was often completely booked. Sylvain explains that the double vocation of being an inn and a microbrewery works well because when the 50 rooms are reserved, it means that about 100 people will be in the pub in the evening. 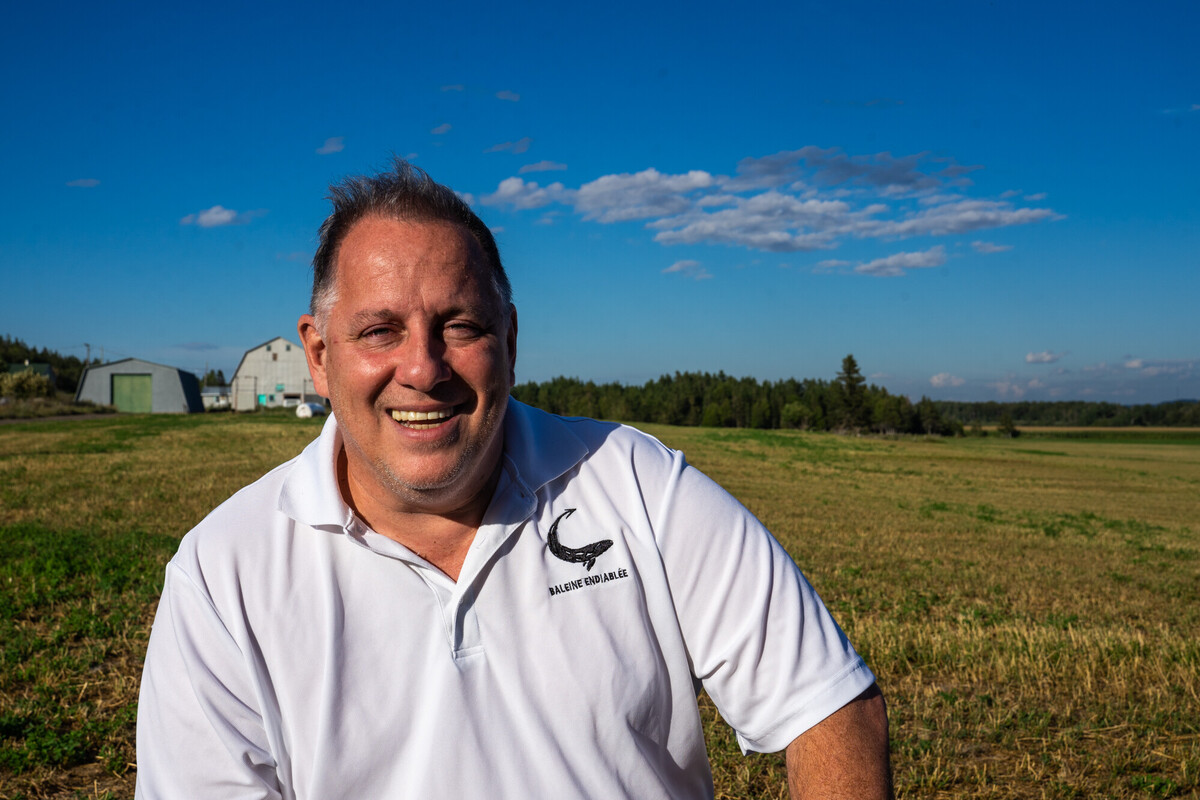 Sylvain Tremblay, who hails from Saguenay-Lac-Saint-Jean, was seduced by the Bas-Saint-Laurent region when he was studying at the Cégep de Rivière-du-Loup. After becoming a history teacher, he bought an inn in Saint-André-de-Kamouraska several years ago. This second vocation transformed into a passion. “I fell in love with the job,” says Sylvain. “I really enjoy meeting travellers who talk to us about their lives. We always discover things that we have in common.”

A few years later, in 2019, he came upon the abandoned building that was to become La Baleine endiablée. He realized it was the perfect project for his son and him. “Jérémie had almost finished his bachelor's degree. He was also planning to become a teacher, at the elementary level, but one day he said to me, ‘Dad, I want to become a brewer. That's what interests me.' When I visited this place, I saw that it could become an inn, but that there was also space for a microbrewery. So we decided to dive into the project, heart and soul, father and son.”

In this new adventure that now keeps them busy full‑time, the guiding principle is openness to others. In a place like this, where you stop over and drink a beer while listening to a performance when the weather permits, there needs to be a sense of informality and friendliness among the visitors. Sylvain points out that the clientele at La Baleine endiablée is varied. “I remember an evening in October 2019 when we had people from eight different nationalities around the bar,” he recalls. At the inn-microbrewery, they have taken the idea of it being a place to meet others to the point of removing the TVs from the bedrooms. “Some people thought we were crazy, but we always replied, ‘If you want a TV, there are hotels and bars that specialize in that. Here, we specialize in human contact.'”

Sylvain talks about sugar shack suppers that he has organized at La Baleine endiablée. Some of the guests were elderly people who, for the duration of the meal, had a chance to live again in their former home. A reminder that the place has always been centred on hospitality and good times. A history lesson from the CEGEP teacher: “Before the arrival of Highway 20, Route 132 was the main street. People would get dressed up and go out for the evening in Rivière-Ouelle and Kamouraska. Before being a senior citizens' home, this building was a reception hall that could hold 1,000 people. Most of the people in the area were married here, about fifty years ago. A restaurant used to stand on the spot where we built our bar.” 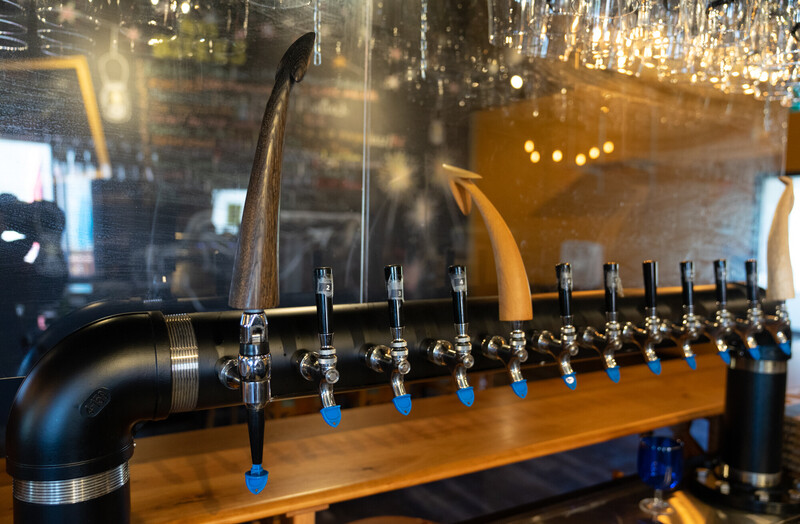 Today, while Jérémie is busy brewing beers for the popular bar, his father goes about greeting the visitors and making sure everything is running smoothly at their inn. Their working dynamic and new professions have led to an expansion of activities at La Baleine endiablée. “The mixture of ideas coming from the spirited gusto of a 25‑year‑old and the life experience of a 50‑year‑old makes for a perfect balance,” explains Sylvain. “I'm aware that it's a privilege to work with my son. As we grow older, we start to ask ourselves questions about our goals, and what success really means. Well, I have the good fortune to be with my son every day, to work with him, taste his products ... I think that's a pretty good success story! I admire him because the brewing milieu is not easy, but he travels all around Québec and learns from the best in the industry. Two years ago, I made a life choice to invest in my children, in their future, so that they can be happy.”

On top of hosting hundreds of guests each year, the co‑founders of La Baleine endiablée will have an opportunity in 2021 to reach out to the Québécois when they start distributing their canned beers. People will have the chance to get to know La Baleine endiablée when they make a stopover in Kamouraska or anywhere else in Québec and enjoy the refreshing taste of its beers. 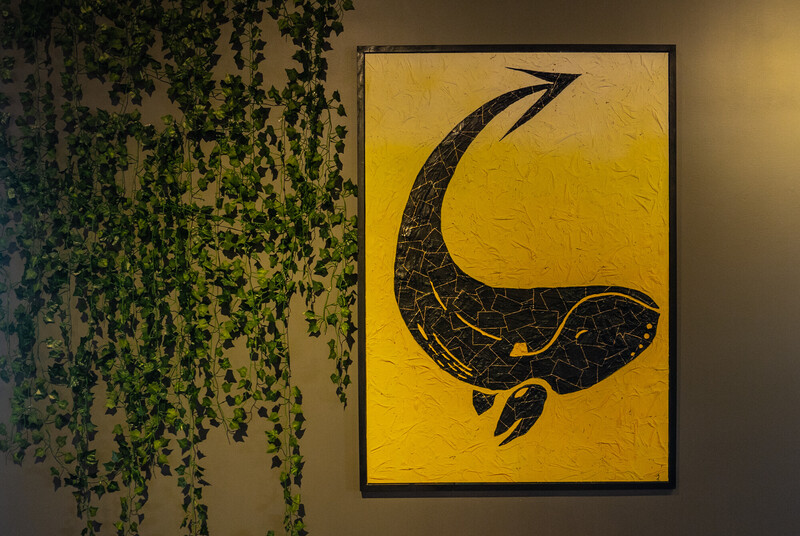 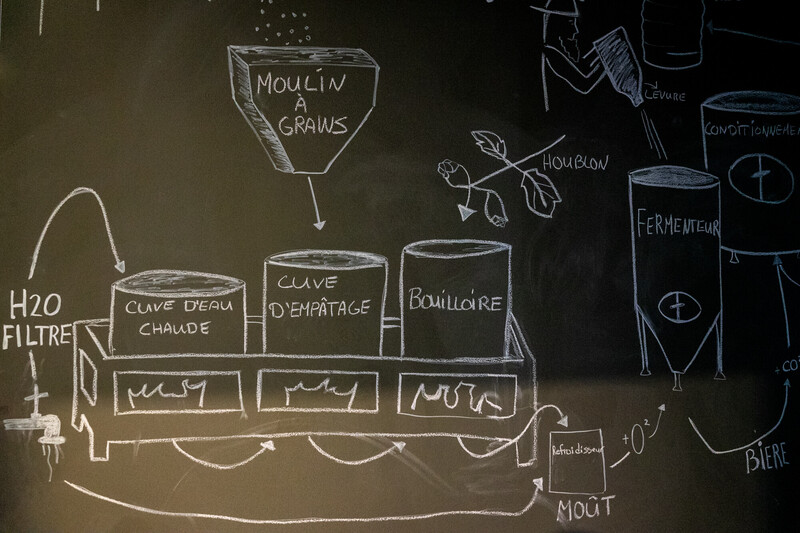 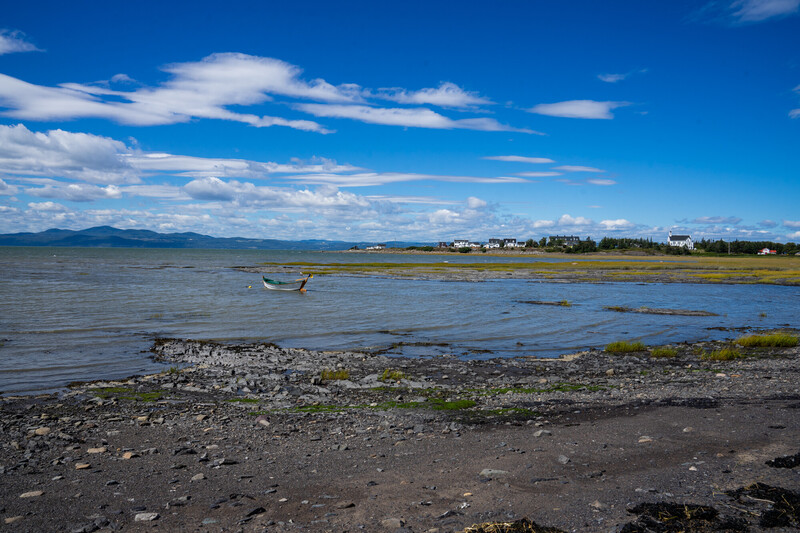 Thanks to Simon Jodoin for the pictures

Going for a snowmobile ride : your checklist for an amazing journey!